Béla, an herb-infused wellness drink that was developed here in Atlanta, began as an act of love.

A trained chef who says he married particularly well, Atul Agarwal started experimenting with herbal mixtures to help strengthen his wife’s body’s response to the stress of her career.

Agarwal and his wife, Madhu Deshmukh, moved from India to Atlanta in 2002 when she was offered a position at CARE, a global nonprofit whose mission is to “defeat poverty and achieve social justice.” Deshmukh’s work required frequent overseas travel.

After trying many formulations, Agarwal finally arrived at one that worked for his wife. Shortly after, about three years ago, he started wondering about a commercial version. And Béla was born.

Today, Agarwal is fully engaged in rolling out the product in the Atlanta market. His first blend, Harmony—a mixture of six herbs, two electrolytes and one vitamin—became available in March. Since then, Agarwal has been hard at work recruiting distributors. Béla is distributed at 36 locations including more than 20 yoga studios and two locations in Savannah.

A hydrating drink for active women

Agarwal appears well-focused when formulating his drink and when developing his market. “I looked at about 600 herbs we could use,” he says. “What herbs made sense from a business perspective—meaning they were recognizable, they were available in good quantities and their impact was well supported by research? We quickly narrowed it down to 60 that made sense. And then we actually had a lawyer look at what herbs the FDA allowed because we wanted to be a beverage, not a supplement.”

In wanting Béla to be a beverage, Agarwal was aiming for a bigger market. As he says, Harmony is hydration “for anybody and everybody.”

Nevertheless, Agarwal had women in mind when he concocted his drink. In part, that was a function of the fact that his first formulation was for his wife. But he also perceived a market for a hydrating beverage for women who are physically active.

“What we wanted to put together was a combination of herbs that really appeal to the goals of yoga, Pilates and Barre—the 35 million practitioners who currently don’t have a good functional drink because everything is high protein, high electrolyte or high caffeine,” Agarwal says. “Many times people are doing yoga, Pilates and Barre in the evening, so they can’t do an energy drink to recover, because typical energy drinks have caffeine. They definitely don’t want 50 mg of protein.”

“We bring together the traditional herbal knowledge from India,” Agarwal says, “and then marry that with modern scientific research on hydration and nutrition to inform what electrolytes and minerals we should use.”

Agarwal is not concerned with rapid growth. “I’m a big believer that it’s better to get 100 passionate consumers versus 1,000 indifferent followers,” he says, and he approaches distributors the same way.

Atlanta’s BeHotYoga, located on the Beltline’s Eastside Trail, has been distributing Béla since late summer. Studio co-owner Diana deLatour first met Agarwal at the Dirty South Yoga Fest where she discovered that she really liked the drink. “It makes me feel good,” she says. “I feel better after I drink it. I really do.”

After Agarwal visited BeHotYoga to give out samples, the studio decided to carry the product. While Béla doesn’t outsell FIJI water, it does better than coconut water, the third beverage the studio carries. DeLatour says that students love Béla and many buy one every time they come in.

Agarwal's near-term distribution goal is to get placed in Atlanta’s larger grocery stores and vitamin/supplement outlets. Beyond that, he looks to release a second blend for those who have strenuous workout routines and need something stronger than Harmony for their post-exercise recovery.

Besides yoga studios, Béla is available at Amazon.com. For more information, visit DrinkBela.com. 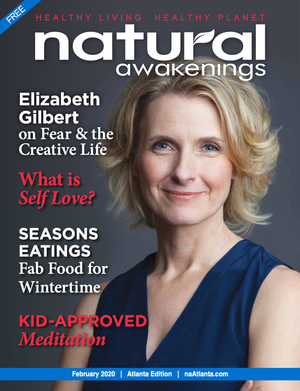