“It’s precisely in those moments when I don’t know what to do, boredom drives one to try a host of possibilities to either get somewhere or not get anywhere.” — Anish Kapoor

Boredom. We do whatever we can to avoid it, anesthetize it, propel ourselves away from it, but yet here it is again, resolute and immoveable. It may be only for a moment—a child’s forced disengagement from attention when their device runs out of power, or an adult dropping some less-than-exciting book to the floor like a dead fish. When we have a break from what engulfs our attention, what then?

Kapoor looks to boredom as a propellant to new direction, a point from which one makes a choice to either move toward a new activity or simply do nothing at all. For me, boredom is always better when it is a choice. If I choose to not do anything at all, boredom can become a synonym for “relaxation.” It’s funny: When I have some semblance of control over my downtime, I suddenly become Zen and unhurried. I’m “taking a break.” But when the internet crashes during a productive writing session, when the cable zaps out during a favorite television program or when ATL traffic is backed up, “boredom” is not the word for what I feel. Frustration, anger and feeling upset and uncomfortable over a situation that’s out of my hands are all likely reactions. Yet the circumstances are the same. I temporarily have nothing to do but pay attention and see what happens next.

My great-grandmother Miller thought the words “I’m bored” were curse words. She simply wouldn’t tolerate a child being bored. The evidence of her own hard work was her hands, rough and tight from decades of taking care of animals, people and her immaculate garden. Those hands, stiff but rarely still, were her trademark. She didn’t abide idle chatter about being bored. I learned not to say the dreaded “B word” around her unless I wanted to pick weeds from her massive flower garden, sweep her kitchen floor or rearrange the canned goods in her cupboard in alphabetical order.

Grandma Miller simply didn’t believe a child could be bored. Tired, hungry, thirsty—all these were acceptable. There was, after all, something she could do to alleviate these symptoms, something that made sense. So she adapted responses to “I’m bored.” Not responses I particularly cared for, but they worked in the moment and kept me from saying the B word.

As I grew up, I found myself in a similar position to that of my great-grandmother: I didn’t like to hear about boredom either. Long stretches of blank, uninterrupted time were anathema to me, a thing to be avoided at all cost. Yet when I chose to be “lazy,” that sweet spot of time during which I could choose to do absolutely nothing? Sacred space.

So how do I get myself to see downtime as a piece of time to find peace of mind? I have to remind myself that even God needed rest. After creating the heavens and the earth, He gave himself an entire day off. The Divine chose rest and so can we, if we make a conscious decision to look at boredom as an opportunity. My go-to is reading. I have “car books,” “house books,” “beach-bag books” and audio books. I have books stacked up in the car to drop off at my local Little Free Library. I also have telephone apps for books, so I consider myself prepared. My friend Gwen keeps her datebook handy to jot down ideas and remember events. A friend of mine will do a tree pose in line almost anywhere. We can prepare in different ways for the time when the demon of ennui, disguised as boredom, creeps in and throws us off guard. If we can think of boredom as an opportunity to dream, learn, relax or get organized, we can make great use of our most precious resource: time.

I think even Grandma Miller would approve.

Debbie Walker-Lass is a certified health and wellness coach and a former mental health supported employment manager. She is a life-long writer. Contact her at [email protected] 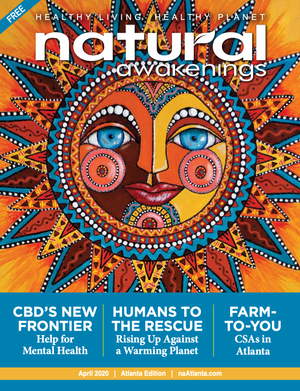