Natural Awakenings reached out to Atlanta studio owners and private yoga teachers about what classes they are now offering as they adapt to the disruption of the pandemic. We received 30 responses representing 31 studios, and we share them in the table below.

Overall, live virtual classes are offered more than any other kind of class, with 74% of studios offering them. In-person classes with a limited number of participants came in second, with 55% of studios that responded to our survey saying they are doing so. Next was on-demand virtual classes and outdoor classes at 48% and 42%, respectively. 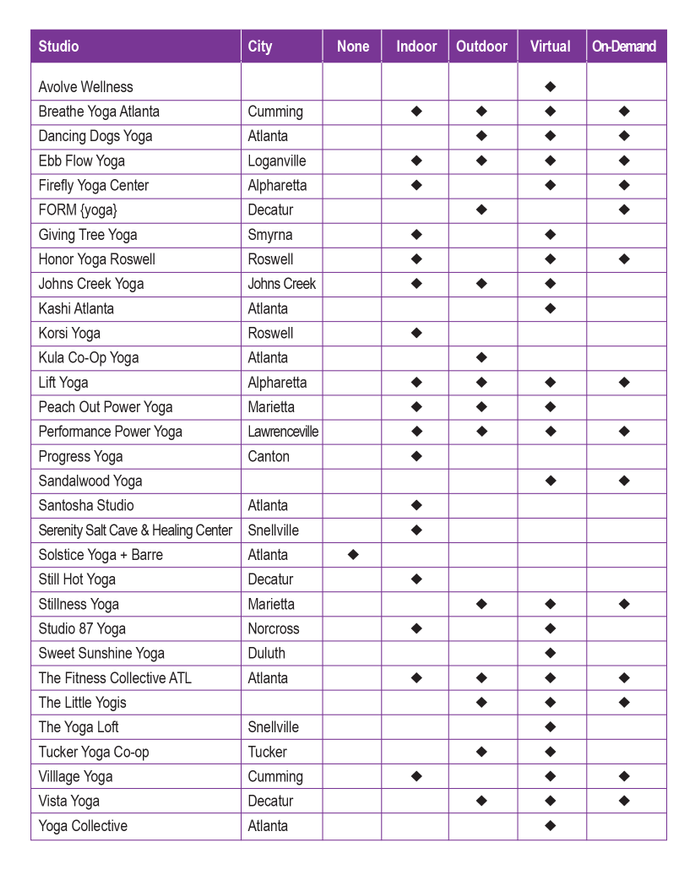